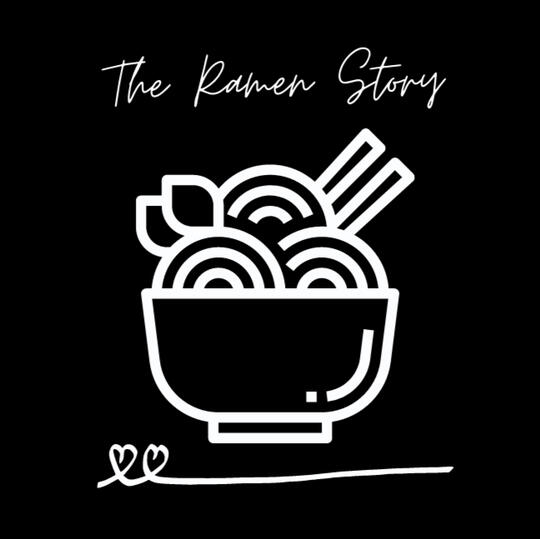 Listen to the conversation between the authors who collaborated virtually.

Chapter 1
Noodle Soup for the Soul

A bowl of ramen. The fancy kind, not the kind you buy in bulk. A pot of boiling water. She tries not to overcook the noodles but she gets distracted. She adds some fish balls and at the very end, adds the kimchi. It is delicious. The steam from the hot soup fogs her glasses, the spice makes her tear up. But it is the memory of the last time she shared a bowl with someone, with him, that makes her cry. Her tears make the ramen saltier and when she's halfway through eating, she just lets herself go. Because the end still hurts, even if it was expected. She wishes she could’ve done things differently. She wonders if she could have.
⭐️
Meanwhile, in Japan...the old noodle shop was just as he remembered it, tucked in a corner of the street in a line of food stalls. The sound of chopsticks hitting bowls and happy slurps were music to his ears. When the bowl of ramen was right in front of him, he closed his eyes as if in prayer. And with that first bite, he thought of her. He thought she would love it here. And he had the impulse to call her, when he realized she’d probably be asleep now on the other side of the world. And then he remembered the last time they had ramen together was when they broke up. He probably shouldn’t call her anyway.

The bowl came, piping hot and billowing steam, a small swirling galaxy of flavor and nuanced textures. It wasn't perfect, but still a welcome respite from the bitter rain and from lonely thoughts. “Tokusei rāmen,” said the server, as she presented the bowl, chopsticks, and ladle in front of him. “Domo arigato.” He put down his phone, glancing at her picture, which he had sneakily screen-capped months ago, when she, “felt cute, might delete later.”

It was elbow to elbow in the ramen shop, not surprising as the rain pounded Akihabara incessantly. The line was out the door and around the corner. He knew he had to eat quickly, and go, but the ramen was still too hot.

The rain refracted light on the window, and he remembered another rainy night, a long time ago. They were racing, in their cars, down the stretch of Roxas Boulevard, one of Manila’s gridlocked avenues, but not that night. This was just another one of those spontaneous activities that they had found themselves doing. No plans, no rules, no commitments. Full speed ahead.

Read the story in full by purchasing the ebook from Gumroad.

Buy Us a Bowl of Ramen